When It Comes to Taxes, Getting Married May Cost You

Most people don’t choose to marry or stay single based on their tax bills, but it may be a factor. One byproduct of the U.S. tax system, under which married couples file joint tax returns, is that marriage may produce a tax penalty or bonus, depending on a couple’s particular circumstances. In other words, when couples marry, their tax liability may be more or less than their individual tax liabilities combined.

Congress has attempted to reduce some of the disparity by tweaking the tax brackets and making other changes, but it’s virtually impossible to eliminate marriage penalties or bonuses in every situation. In fact, other countries avoid the issue by taxing a married couple as two individuals.

The tax consequences of marriage depend on a variety of factors, so it’s difficult to make any generalizations about the tax costs or windfalls of tying the knot. Here are some examples that illustrate the potential issues.

Often, couples enjoy a marriage bonus when one spouse is the primary income earner. On the other hand, it’s common for spouses whose incomes are comparable to pay more tax than they did as two individuals. Let’s suppose that two couples, Will and Grace and Ross and Rachel, each have total wages of $400,000. Neither couple has children and neither itemizes deductions. Will and Grace earn $80,000 and $320,000 respectively, while Ross and Rachel earn $200,000 each. According to the Tax Policy Center’s Marriage Calculator, Will and Grace will save nearly $11,000 in taxes by getting married, while Ross and Rachel will pay $1 more.

Now assume that each of the four individuals has one child under the age of 13 and pays $10,000 in mortgage interest and $10,000 in state and local taxes. Under this scenario, Will and Grace would still save more than $7,000 in taxes, but Ross and Rachel’s taxes would go up by more than $6,000.

These are just hypothetical estimates that disregard many other factors that affect a couple’s tax liability, but the examples demonstrate that under certain circumstances the marriage penalty or bonus can be significant.

Penalties built into the tax code

Certain provisions of the tax code contain their own penalties on marriage. For example, the Tax Cuts and Jobs Act (TCJA) imposes a $10,000 limit on itemized deductions for state and local taxes. The limit is the same for joint filers and individuals. That means unmarried partners can deduct $10,000 each, for a total of $20,000, while married couples can deduct only $10,000.

There’s a similar marriage penalty on mortgage interest deductions. The TCJA reduced the amount of home acquisition debt that’s eligible for interest deductions from $1 million to $750,000. Again, the limit is the same for joint filers and individuals, so while married couples can deduct interest on only $750,000 in home acquisition debt, unmarried partners can deduct interest on up to a combined $1.5 million.

If you’re getting married, it’s a good idea to crunch the numbers and see how your union will affect your tax bill. No one would suggest that a potential marriage penalty or bonus should influence your decision to tie the knot, but knowing the impact can help you and your partner make informed financial planning decisions.

Sidebar: Because you believe in second chances

If this isn’t your first trip down the aisle, you and your spouse-to-be likely bring more — including financial assets and, possibly, children — to the marriage. To protect everyone’s interests and start your journey together on the right foot: 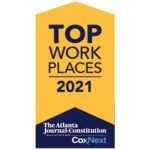 Learn how our PPP Loan Consultants can help you with filing PPP loan applications and assisting with PPP loan forgiveness applications.