The Tax Cuts and Jobs Act (TCJA) includes a provision that Secretary of the Treasury Steven Mnuchin said should lead to $100 billion in capital investments in distressed areas. The provision allows taxpayers to defer tax on capital gains by investing in such Opportunity Zones. And now the IRS has released proposed regulations for this tax incentive.

The tax incentive in a nutshell

The TCJA creates a new section of the Internal Revenue Code, Section 1400Z, that establishes Opportunity Zones within low-income communities. More than 8,700 communities in all 50 states, the District of Columbia and five U.S. territories have been designated as qualified Opportunity Zones. They’ll retain that designation until December 31, 2028.

QOF investors are eligible for tax benefits. They can defer short- or long-term capital gains on a sale or disposition if they reinvest the gains in a QOF. The tax is deferred until the earlier of 1) the date the fund investment is sold or exchanged or 2) December 31, 2026.

In addition to the deferral of gain, an investor is eligible for an increase in basis of the investment up to its fair market value on the date it’s sold or exchanged, as described below. Thus, depending on the date of the transaction of the initial sale to be deferred and the subsequent sale of the QOF investment, the taxpayer could eliminate up to 15% of the deferred gain as well as 100% of the gain attributable to the sale of the QOF. The tax benefits can be further enhanced when combined with other credits, such as the Low Income Housing tax credit and the New Markets tax credit.

The proposed regs make clear that only capital gains — such as those from the sale of stock or a business — qualify for tax deferral. But investors have until December 31, 2026, for the transaction to qualify the subsequent QOF investment for the basis adjustment. For gains experienced by pass-through entities, the rules generally allow either the entity or the partners, shareholders or beneficiaries to elect deferral.

The proposed regs also clarify that an investment in a QOF must be an equity interest, including preferred stock or a partnership interest with special allocations. A debt instrument doesn’t qualify. A taxpayer can, however, use a QOF investment as collateral for a loan.

To qualify for deferral, investors must invest in a QOF during the 180-day period beginning on the date of the sale that generates the gain. For amounts deemed a gain by federal tax rules, the first day of the period generally is the date that the gain would otherwise be recognized for federal income tax purposes.

The IRS noted that the expiration of Opportunity Zone designations at the end of 2028 raises questions about QOF investments that are still held at that time. For example, can investors still make basis step-up elections after 10 years for QOF investments made in 2019 or later?

The proposed regs preserve the ability to make the election until December 31, 2047. Because the latest gain subject to deferral would be at the end of 2026, the last day of the 180-day period for that gain would be late June 2027. A taxpayer deferring such a gain would reach the 10-year holding requirement only in late June 2037. The extra 10 years is provided to preempt situations where a taxpayer would need to dispose of a QOF investment shortly after completion of the 10 years to obtain the tax benefit, even though the disposal otherwise would be disadvantageous from a business perspective.

If an investor disposes of its entire original interest in a QOF, which normally would trigger inclusion of the deferred gain, the investor can continue the deferral by reinvesting the proceeds in a QOF within 180 days. This allows investors to escape bad deals without forfeiting the deferral benefit.

The proposed regs address several issues related to QOFs. For example, the regs exclude land from the determination of whether a purchased building in an Opportunity Zone has been “substantially improved” (defined as doubling the basis, or investing an amount at least equal to the purchase price). Improvement is measured only by the QOF’s additions to the adjusted basis of the building. So, for example, if a QOF buys a $3 million property, with $2 million for the land and $1 million for the building, it’s required to invest only $1 million to improve the building.

Sec. 1400Z also allows QOFs to invest in qualified Opportunity Zone businesses, rather than directly owning property, as long as “substantially all” of the business’s leased or owned tangible property is qualified Opportunity Zone business property. The proposed regs provide that “substantially all” means at least 70% of the leased or owned tangible property.

Additional rules cover self-certification of QOFs, valuation for purposes of the 90% asset test and other matters.

The IRS has requested comments on several parts of the proposed regs, suggesting they’re subject to significant revision, and promises more guidance. Nonetheless, taxpayers generally may rely on these rules if they apply them in their entirety and in a consistent manner. Please contact us if you have questions regarding the proposed Opportunity Zone regs. 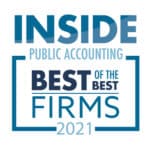